Everywhere Else Left Behind

by SAIGON WOULD BE SEOUL 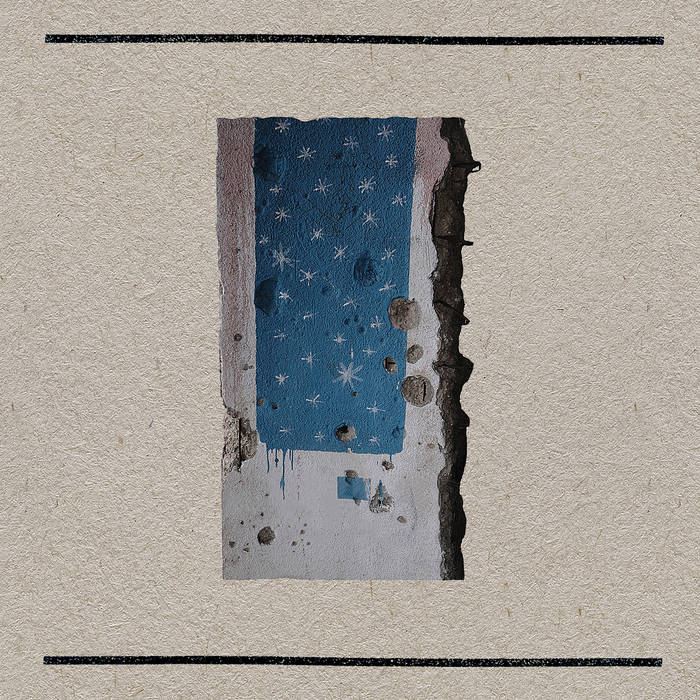 SAIGON WOULD BE SEOUL is the new solo project of Mirza Ramic from the American electronic music duo Arms and Sleepers. While spending most of his adult life in the US, Mirza was born in Bosnia & Herzegovina and lived there until 1992, when the Bosnian War forced his family to flee the country. Mirza and his mother would spend the next few years moving across continents, countries and states as refugees — living in Tunisia, Egypt, Italy, Croatia, Czech Republic, Arizona, and Massachusetts. Mirza’s father did not survive the war; he was killed by a mortar shell in 1993.

This personal journey of trauma, loss and survival is at the core of SAIGON WOULD BE SEOUL. Mirza’s mother, a piano teacher, introduced the piano to him at the age of 6. Subsequently, the piano became the one constant in their lives as they kept changing environments and moving further away from Bosnia & Herzegovina. Piano, and music in general, became important mechanisms for processing memories and finding healing.

The name SAIGON WOULD BE SEOUL is taken from Viet Thanh Nguyen’s collection of short stories titled 'The Refugees'. In it, a Vietnamese woman exclaims how Saigon today would be as modern, prosperous and progressive as Seoul in South Korea had the Vietnam War never taken place. Similar sentiments exist amongst Bosnian people when discussing the Bosnian War and its aftermath. These powerful feelings of “what if” and “what could have been” cut deep through every refugee’s heart, regardless of nationality, ethnicity or geographical location. The nostalgic and painful recollection of the past is an important aspect of Mirza’s music and is purposefully captured in the project’s name.

EVERYWHERE ELSE LEFT BEHIND is the debut album from SAIGON WOULD BE SEOUL and is a result of several years of compositional ideas and conceptual planning. A few tracks date as far back as 2009, while the majority of the record was conceived from 2016 to 2018. The writing of the album was scattered across several countries — including Czech Republic, Latvia, Germany, and the United States — and amidst Arms and Sleepers’ busy touring schedule.

“It took me a while to not only finish the music on this album but to kickstart a brand new project independent of Arms and Sleepers,” writes Mirza. “Arms and Sleepers has been an important part of my life and identity for the last 13 years, but I always wanted to have a music outlet which is solely concerned with where I come from and what I’ve been through. This album is very much a selfish artistic endeavor with the goal of better understanding my past and attempting to improve the person that I am.”

The album features readings of excerpts from four literary works: 'The Joke' and 'The Unbearable Lightness Of Being' by Milan Kundera; 'The Stranger' by Albert Camus; and 'Nobody’s Home' by Dubravka Ugresic. Excerpts are read by Sofia Insua and are accompanied by field recordings from Mirza’s travels while on tour as Arms and Sleepers. Song titles on EVERYWHERE ELSE LEFT BEHIND are also a major element of the album’s identity. Taken from books, television shows, films, advertisements, and periods of self-reflection, they act as their own forms of expression and help shape the album’s storyline along with the music.

“Literature, films and travel have been incredibly important aspects of my life, and I wanted to somehow represent that on the album. The song title 'The Flower Of My Secret' is, for example, taken from the Pedro Almodovar film of the same name, one of my favorite film directors. The books from which the excerpts are taken are works of literature that have greatly influenced me. And the field recordings which I used as the backdrop for some of the tracks come from my extensive travels as a musician, something that has greatly affected me as a human being.”

The music on EVERYWHERE ELSE LEFT BEHIND is informed by classical piano and contemporary classical styles, with subtle hints of jazz and ambient music. Piano is at the core of the album; it is the primary vehicle for telling Mirza’s story. Composers such as Chilly Gonzales and Max Richter are important contemporary influences, but equally significant are the works of Maurice Ravel and Erik Satie. “I started playing piano at a young age because my mom was (and still is) a piano teacher, so the classical music seed was planted in me very early on. Later, of course, I became interested in modern rock and electronic music, exploring a variety of styles in 13 years of releasing music as Arms and Sleepers. There is a clear return to my classical piano leanings with this project, but there is also a bit of stylistic tension as I continue to absorb modern experimental music.”

The album is also accompanied by a short documentary film titled 'To Tell A Ghost', which recounts Mirza’s story of growing up in Mostar, Bosnia & Herzegovina, fleeing the country during the Bosnian War, and returning as an adult to self-examine the past and attempt to find healing. The documentary film features music from EVERYWHERE ELSE LEFT BEHIND and is directed by Stefan Ehrhardt and Chris Piotrowicz. It will be screened at select film festivals this summer. You can watch the film trailer here: vimeo.com/331191355.

Written and performed by Mirza Ramic.
Programming on Track 18 by Max Lewis.
Voiceovers on Tracks 1, 5, 9, 14, 17, and 19 by Sofia Insua.
Sound design and mixing by Mark McGlinchey.
Additional mixing and mastering by Sun Glitters.

All music was written at the following locations: Brno and Prague, Czech Republic; Durbe and Riga, Latvia; Portland (ME) and Boston, USA; and Berlin, Germany.

All music was performed in Prague, Czech Republic.

Voiceover excerpts are taken from: 'The Joke' and 'The Unbearable Lightness Of Being' by Milan Kundera, 'The Stranger' by Albert Camus, and 'Nobody’s Home' by Dubravka Ugresic.

{int}erpret null is a repository for post-classical and experimental music, established by Mark McGlinchey and Mirza Ramic in 2019.
_____________

Bandcamp Daily  your guide to the world of Bandcamp

MF DOOM is given his flowers, plus appearances from MC Jada Imani and Stanley Ipkuss